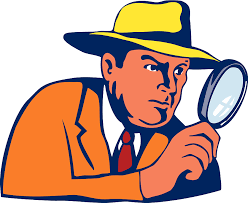 In previous startup attempts (including Percebe Music's successful launch), I would spend about three months building an MVP to put in front of potential users to find out if it's what they need and how to make it better -- to start the build-measure-learn loop. But there is a dangerous assumption behind that: your idea is a real problem. It's an easy mistake to make. But you have to remember: you're just one person. So the first step in the proverbial "get out of the building!" is to pre-validate the hypothetical problem -- yes, remember it is hypothetical until and unless "survey says" it is real.

Thanks to pre-validation, I realized within just a few weeks that the idea I was moving forward with had too much friction of sorts, creating too much risk for failure -- well I could have taken it, and maybe succeeded, but I chose rather to take a lower-friction route, and higher odds of success! So, to be more specific, for a month or so I was persuing a concept to use large-scale VR or AR -- like the kind where you literally walk or run around in a 10,000 square-foot area, and visually, through the headset, you are doing so in the virtual environment -- for police officer training and/or firefighter training. What I found during pre-validation phase was:

So, I turned to an industry I know tons 'n' tons about, that I have easy and regular access to: software development. Yes and, even though I have been programming for 25 years...OK professionally for 9, built numberous applications solo, and with a team, I still refuse to assume my hypothetical problem/solution is real. So for the past week I've been working very hard to get at least 20 (local) developers to take a survey.

"Survey" Is a Dirty Word

OK I don't actually know why I only get a 5% response on my survey requests, even though I hand-picked each individual local developer rather than mass-emailing, and wrote a personal e-mail explaining I was a local, fellow developer, and this tool would be to help them. But I imagine the word "survey" in the message almost directly triggering their right index finger to hit the delete button on the e-mail -- and I don't blame them. Who ever wants to take a survey? They're usually long, provide no benefit to you, and are there just to try to get you to buy something.

But I like the advice I've heard a number of times in the startup community: if you focus on helping people, and solving their problems, you will be successful. This is true, and also nice because even if you don't succeed as a growing business, at least you tried to help people.

I have 11 responses to the survey now, and need at the bare minimum 20 -- a number given by The Startup Collaborative, after all any less than that creates a sampling that could misrepresent the industry. Those 11 so far indicate we are on to something...to be continued...